All People’s Day honors people of all ages, colors, religions, cultures, sexual orientations, sizes, and different abilities.  We show the positive and passionate aspects of connecting with people from different cultures. This is done through visual arts, music, dance, and crafts for all ages.

Our goal is to help form a better world. And for the first time ever the festival will be streamed online.  These highlights capture the festivals’ diversity rarely seen in one venue, that until the pandemic, was held live once a year.

The one hour Festival streams on March 20th at 11am and repeats for 8 Hours on  www.AllPeoplesDay.org YouTube: Elliott A Schwartz, and Facebook.

The festivals were run entirely by volunteers.  Hundreds of people have been involved as committee chairs, volunteers, sponsors, non-profit and product booths.

Founder Susan Berkowitz-Schwartz, started this holiday of diversity in 1973. Her imprint and words are in the video.  Below are the three traditions of the holiday:

The Craft Dough People teaches children that everyone is made from the same ingredients and should therefore be treated with equal respect.

The Symbol for the festival has four families of different cultures with arms crossing their hearts, holding hands, surrounding a globe, hoping for peace and understanding in the world.

Origami Peace Cranes are an international peace symbol in tribute to a young Japanese girl named Sadako.  She was dying of Leukaemia from exposure to the Nuclear Bomb in Hiroshima.  Sadako  tried to fold 1,000 cranes to bring peace to the world.

This video is dedicated to Black Lives Matter as well as Monica Heron and Jack Lieberman who sadly passed away and were festival favourites.

Elliott Schwartz filmed all ten festivals with volunteer videographers and edited the enormous footage to make this extraordinary video experience. 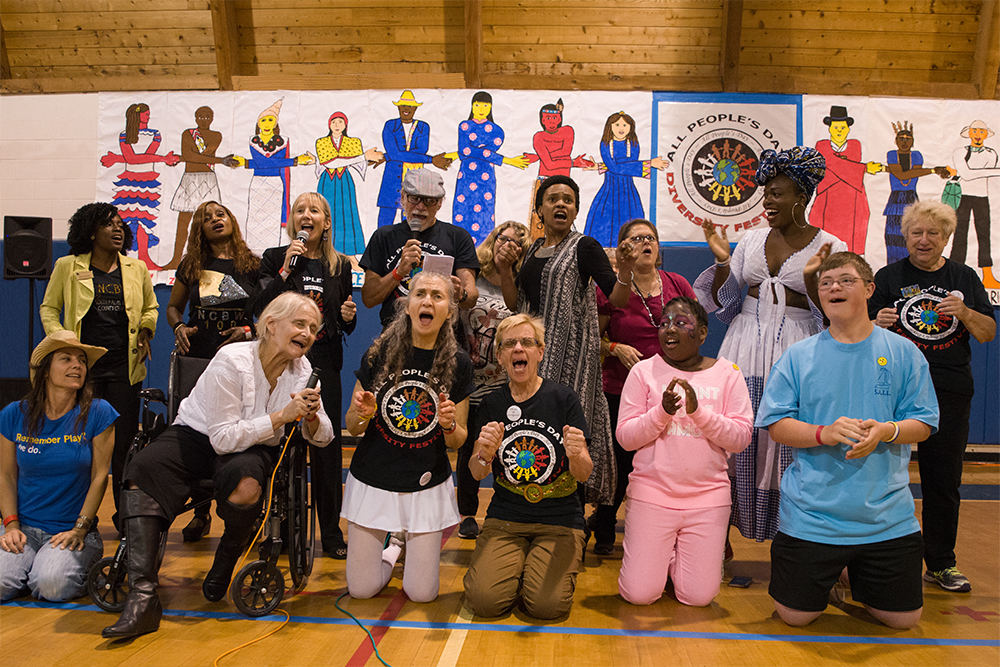 Zoom or Other Virtual Platform