We would love to hear from you. Please contact us to talk about the things that are important to you and/or with any questions. We are open to any and all suggestions and recommendations. nowpbc@gmail.com 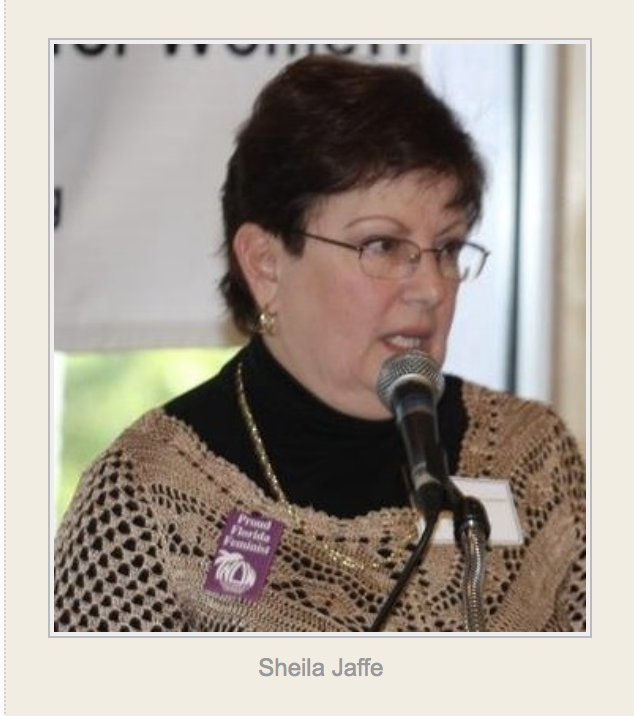 Sheila Jaffe first became involved in the women’s rights movement in Philadelphia on August 26, 1970 at the Women’s Strike for Equality. That day thousands of women in America didn’t go to work to show how valuable was their labor. Women were celebrating the fiftieth anniversary of passage of the nineteenth amendment, which granted women the right to vote. The next year Congresswoman Bella Abzug got that day designated as Women’s Equality Day.

After moving to Florida, Sheila became involved in the South Palm Beach County chapter of NOW in 1988 when her printing company started printing NOW’s newsletters. She has been the chapter’s president and vice president of Florida NOW.

In 1996 she was one of the founding members of the Feminist Scholarship Fund and is still on the board of directors. The fund has awarded scholarships to over one hundred women and men to pursue their studies.

Sheila has been involved in FACTs Court Watch and health issue concerns with women and tobacco addiction.

Sheila is married to Bob and has a merged family of three daughters and one son. 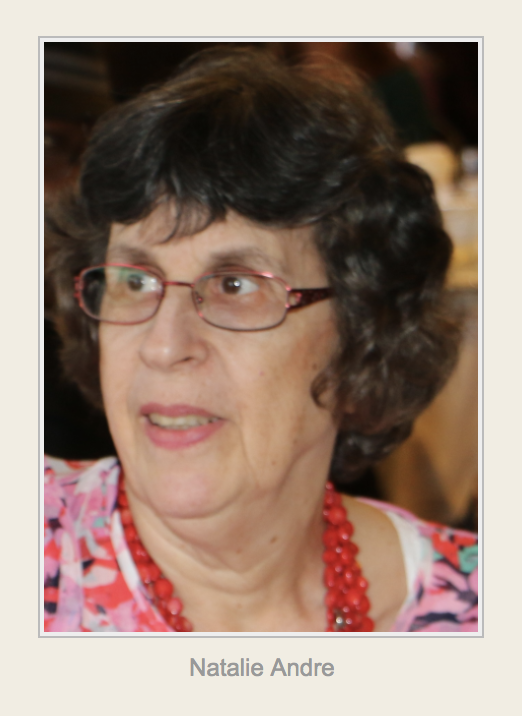 An activist since always, Natalie Andre settled into Palm Beach County in 1987 and joined NOW shortly after.  After successfully campaigning with Vivian Burch and Jean Poleshuck for comprehensive sex-education while her children were attending public school, Natalie moved into leadership roles, including a stint as Membership Chair for Florida NOW. Along with Sheila and Bob Jaffe, she signed the 1998 Declaration of Sentiments of the National Organization for Women,  in Seneca Falls,  150 years after the original 1848 Declaration of Sentiments was signed in the first Women’s Rights Convention in Seneca Falls.

In 2004, she joined the March for Women’s Lives along with numerous members of South Palm Beach County NOW–Jean Poleshuck, Sheila and Bob Jaffe, Gloria Alpert, Maria Romero-Cuesta and her husband Skip Clements, Katie Dvorak and her parents, Joe and Barbara Dvorak, Allan Taylor, Gloria Stein, Roz Rothman, and several others. She was also instrumental in creating and promoting Families Against Court Travesties (FACTS), a NOW spin-off, along with Sheila Jaffe and Adele Guadalupe; this court-watch based organization has campaigned for family court reform and helped defeat two sitting judges. Recently, she was President of the merged Palm Beach County NOW. Until recently, she was President of FACTS, which can be seen at http://factscourtwatch.org/ 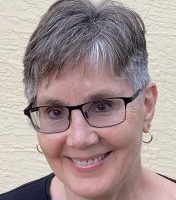 Rebecca André marched with her family against the Vietnam War in Washington D.C. while in high school and has been an activist ever since. She majored in Business Administration and caught the fever for life-long learning in Women’s Studies courses, where she earned a Minor and a Master’s Degree at Ohio State University. Beck ultimately earned a Ph.D. in Educational Policy and Leadership with an emphasis on women’s issues in higher education. Educational Technology developed into another fever 23 years ago and Beck served several universities and schools as Ed Tech Director, sharing her love of technology with faculty, staff, and K-20+ students. Beck is a long-time PBC NOW member and also enthusiastically serves as Co-chair on the Advisory Committee for FAU’s Women, Gender, and Sexuality Studies. She moved to Delray Beach in 2008 where she happily resides with her spouse in a super supportive community.

Upon graduating with a degree in Accounting, Janet pursued a lengthy career in Information Technology. Much of her focus during those years was in developing, training and implementing financial applications for a wide variety of clients. Although not an “activist” until retirement, during her career Janet became fully aware of the pervasive pay discrepancies in the technology sector as well the plight of mothers trying to work while raising a family. Also, as a native Floridian who grew up during the Civil Rights movement, Janet has first-hand knowledge of the segregation and discrimination so prevalent in the South during that time.

In 2007 Janet began volunteering as a mentor with Big Brother, Big Sister and Children’s Home Society. Experience with these children propelled her to pursue organizations like NOW that advocate for women’s issues and children’s rights. In 2015 Janet joined NOW and Families Against Court Travesties (FACTS) to become actively involved in court watch and family court reform. She also volunteers with Mental Health Association’s Listen to Children program in schools as well as tutoring with Literacy Coalition’s Building Better Readers. As a firm believer in the need to choose legislators who share our values, she works closely with Women’s March and Palm Beach Indivisibles’ Get Out The Vote (GOTV).

Janet and her husband are avid water-skiers and she is past Treasurer of the Ski Club of the Palm Beaches. She has also served as Treasurer and Secretary for FACTS, handling its scheduling of courtwatches.

Adele Guadalupe of Palm Beach County NOW, and one of the founders of Families Against Court Travesties, Inc. (FACTS), has presented “Florida’s Family Court System and Its Effect on Women and Children” to many groups and organizations in Florida. She is also on the Florida NOW Child Custody Committee and National NOW Family Law Committee.

She was born and raised in N.Y.C., is married to Manny, the wind beneath her sails, is a mother, grandmother and great-grandmother. She graduated from Goddard College in Vermont with a degree in journalism, and also studied psychology. She later attended N.Y. School of Design and worked in the field of interior design for many years. 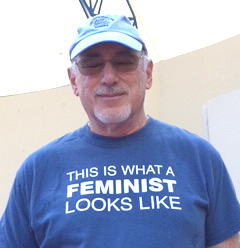 Bob Jaffe has been involved with the design and printing of our  communications since 1989. Jaffe Printing Corp. started printing our newsletters, mailings and invitations when his spouse Sheila Jaffe became an active chapter member. As a father of three daughters, Bob has been a committed feminist and supportive of women’s rights and opportunities.

Bob has experience as board chair of Boca Raton Kiwanis and the PBC American Cancer Society. He was also on the board of Planned Parenthood in Boca Raton. Now that Bob and Sheila are retired, they are dedicating their time to improving the lives of women and equal rights for all.

Michelle Damone is a native Floridian and has been a resident of Palm Beach County for the past 23 years where she raised her children through the public school system. Michelle first became active within the community as a park advocate and then served 4 terms in her community as a local elected official.

Michelle has been a life long Democrat first getting involved as a student in the 1988 Presidential campaign in New Hampshire meeting then candidate Michael Dukakis. When asked why Michelle is a Democrat, she will state “to protect Roe vs Wade so women have the right to choose”.

Michelle believes in the ERA as she was raised by a single mother and her grandmother who was widowed at a young age raising 3 children during a time when careers were limited for women. Michelle believes in Planned Parenthood and other organizations similar that provide affordable healthcare for women so women never have to receive medical services in unsafe environments.

Michelle is honored to serve on the local Palm Beach County NOW as she has tremendous respect for the women who blazed paths before her to secure equal opportunities for all women. She will continue to carry the torch to protect women’s rights as women reproductive rights are being threatened. Michelle will be a strong, wise and vocal advocate for equality as she serves on the PBC NOW Board. 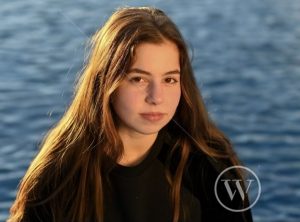 Growing up with feminist values and a strong matriarchal presence, Emma Krathen has always been passionate about Women’s Rights. Emma became involved in the South Palm Beach County chapter of NOW when she was searching for an opportunity to implement her passion for Women’s Rights into something that would have a positive effect on her community. As the youngest board member of PBC NOW, Emma hopes to encourage her generation to advocate for Women’s Rights and stand up for what they believe in. Emma enjoys spending time with her friends, family, and two dogs outside school hours. In addition, she pursues her love for helping others and writing through being an editor for her school newspaper, taking part in the yearbook committee, and serving as vice-president of a community-service-based club called Samaritans 365.